As you already know, I am a bit of a comics fan; 2000AD, Judge Dredd, some Robert E Howard characters (Conan, Red Sonja, Kull and Solomon Kane), the Alien/Predator universe and a few other minor one-offs that looked good at the time. Although, in my youth, I read some superhero comics, they never really did anything for me, except perhaps Batman; I want to believe that my hero(ine) can, in theory, die and not come back. I know that the majority of comics characters will not die (due to the money they produce for their creators and distributors) but I at least want that possibility to be there to make things more "believable".

A few years ago I started to re-read all of my 2000ADs and Judge Dredd Megazines - some major characters of the less developed kind do die here, so the stories often keep you on your toes, especially if they are tales of a fixed length and not one of the ongoing, well-established series. I have managed to complete my reading up until the end of 2014 so far and then bagged, boarded and boxed those I have read. Perhaps I should have chronicled my progress, but too late now I guess? I may go back and do this at some later stage, perhaps after I have chronicled those going forwards from 2015.

Likewise, at the end of last year and beginning of this year I read all of my Dynamite Comics Red Sonja collection. I had bought them over the last decade or so, but just plonked them in a box for later reading (likewise all my other REH comics mentioned above). Unfortunately, this "later" meant a lot later, but I have completely read all of the Red Sonja comics now (except the latest Monthly Run - series 5); alas, I forgot to chronicle them too.

This now brings me onto Kull the Conqueror. I haven't read any of the Dark Horse stories so far (again in a box awaiting the day like the Red Sonja Dynamite collection), and only read the Marvel ones featured in Savage Sword of Conan back in the day, so the collections created by Dark Horse, when they had ownership of the franchise, are just what I need to get back up to date now that IDW are the proud owners of the IP.

The original Marvel series reprinted by Dark Horse in The Chronicles of Kull feature all of the stories originally printed in colour... 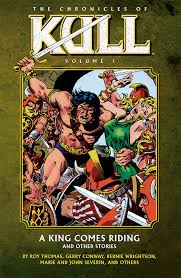 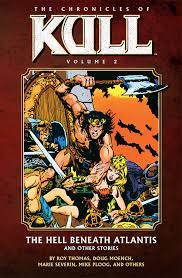 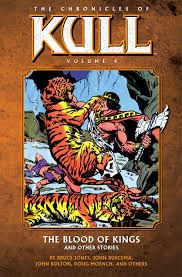 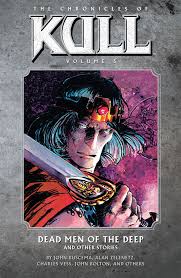 Next up in the reading order (for me anyway), although they would have been printed concurrently with the original colour stories, are the Savage Sword of Kull collections; so named because the vast majority of the stories originally appeared in the black and white Savage Sword of Conan back in the day... 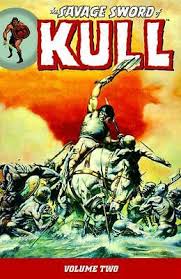 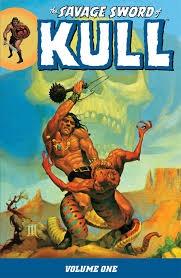 Finally, Dark Horse printed three of their own mini-series of Kull's adventures. I collected these in their comic form but all were collated into TPBs for casual readers to pick up... 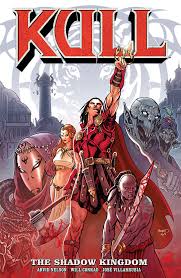 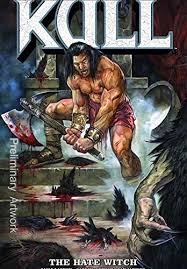 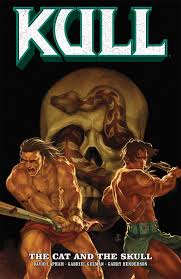 I will be reading all of these comics and TPBs in the order shown above, and will comment on them in later blog posts. As most of Kull's tales seem to be short stories rather than long running series they will be great sources to mine for ideas for scenarios for RPGs and tabletop battles.

This just leaves me to mention the IDW Kull series. I am not sure what happened with my own collection here but my comic supplier suddenly stopped at issue 3 of the mini-series. I will need to track down the other comics in the collection or perhaps just go straight for the TPB collected edition (when I am able to financially). 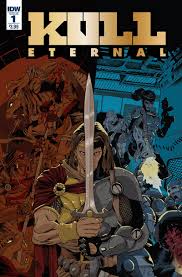 This story, apparently, is set in the modern day. I am not sure what I think about pre-historic and ancient characters being brought into the modern period as there would be far too many discrepancies in behaviour and language to say the least - to quote 2000AD, they would be liable to Future Shock (or become futsie). The Red Sonja series got around this partly by having a cop and historian that knew some Hyborian so they could communicate - stretching things a bit but I could live with that.