The Mini Game came about on a long driving trip with my daughters in the car. Although not strictly a game I would ordinarily cover on this blog, I thought I would mention it as it is something we have played now for several months. 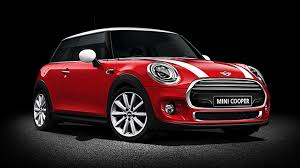 This is a game pretty much on a theme that I played years ago when I was a kid - Syd Bishop, Norbert Dentressangle or Eddie Stobart were the theme back then.

The game basically involves spotting a car of the said model, shouting "Mini" and pointing it out to the rest of the car passengers before anyone else spots it. One point is scored per car spotted and two points for spotting the older model. No points are granted for car show rooms, but cheeky sons have managed to increase their score by several when a car transporter drives past - grr! 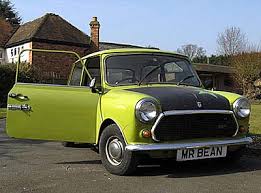 The game ends either whenever you get bored of it or a certain tally is reached - we usually score first up to 10 for a short journey and first to twenty on a longer journey.

What made me mention this game is that it was invented by my 10 year old but she has not played this type of game before. It was a stroke of genius to choose the Mini as not only is it a classic British marque but also there are just enough on the road to make the game a challenge without getting bored. I cannot think of another car that is as distinctive as the Mini and with enough numbers to justify a fun game for the family on British roads. Do any of you play a similar game with your family on a long car journey, and which car do you choose as your target?