Rogues in the House

I have been exceptionally busy painting wise this week and, as a result, I have finished another contubernium of Romans and quite a few fantasy minis. Seen below are the rogue/thief/assassin style figures I have in my collection.

The two minis in the first picture are from Ral Partha's "Personalities and Things that go Bump in the Night". The one on the left is an assassin and the one on the right is an adventuress. It seems this batch of photos has turned out a little on the over exposed side - it is extremely sunny here at the moment. 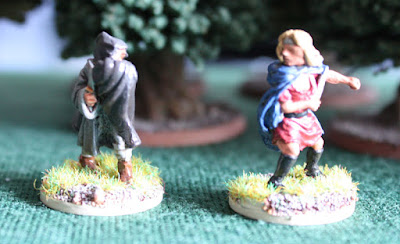 These two fellows are from Citadel, but I cannot remember the range. I am extremely pleased with the way the one on the right has turned out. He looks real mean and ready to rob anyone of their hard-earned. 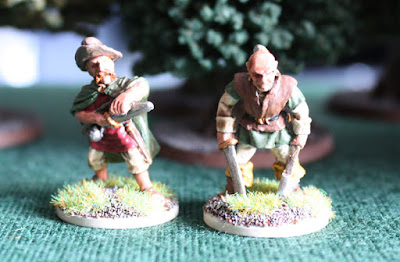 These two are from Citadel's "Fantasy Adventurers" range. They are both designated as thieves. They are both overly busy in chunky detail but they haven't turned out too badly. 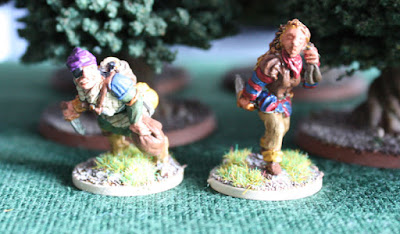 These final two are from a company called Denizen. One is an Amazon and the other, I think, is a fighter. Due to the fact she is wearing leather armour, has no shield and a short rapier-type weapon I have decided she'd serve better as a thief-type. 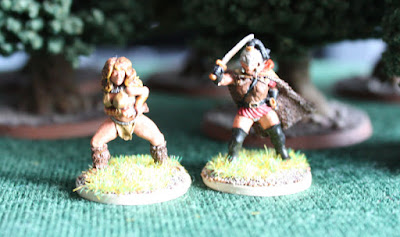 Finally, here's a shot of the whole dastardly band of cut-throats. 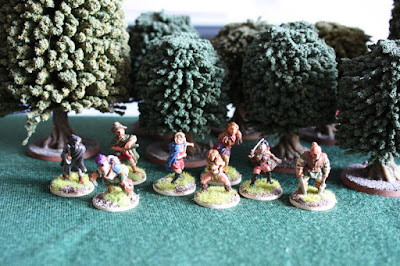 During the week I ordered some pre-cut mdf bases for Hordes of the Things. They arrived in good time for me to get started on some more Dwarf minis that will form the basis of my first Hordes army. Here is a list of the minis I currently have part-way completed, that will feature on the blog within the next few weeks...
The final contubernium of Roman legionaries
An Optio and Tesserarius for the Roman century
Half-a-dozen Bugman's Dwarf Rangers for HotT
A female troll
Ten Roman cavalry
About a dozen or so peasant/farmer types

Tavern Knights of Legend is coming along, and I think the first turn will be sent out within the next few days. My character has been created and the mini has been painted (see Esmerelda in the posts below), and the referee will be drawing her fairly soon. I am looking forward to this game as I haven't really played anything for nigh on a year. It will hopefully spark me into getting more done gaming wise, perhaps at one of the local gaming clubs. Unfortunately my problem lies in the fact that I don't get home from work until past 7pm, and most clubs start around that time. Maybe I'll just bite the bullet and turn up in the hope of getting a game on the off chance.
Posted by Little Odo at 17:04