When we were at Colours a few years back, Alex bought some of Perry Miniatures's 1st Crusade figures. He bought the leader pack and then a bit later on he bought some Hospitallers. Over the last week or so he has put some paint onto them ... 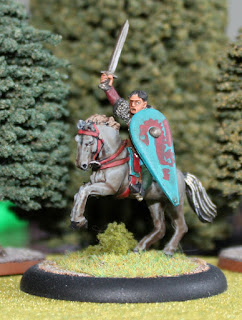 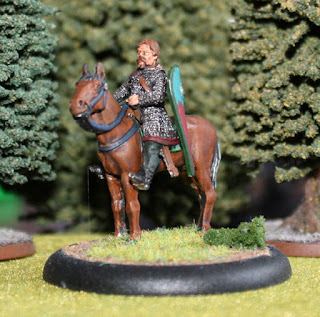 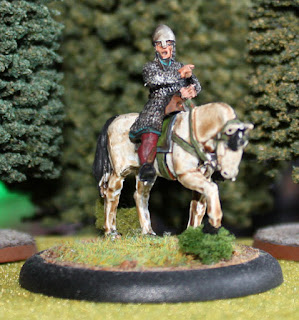 He put them onto large 50mm shouldered round bases as he thought they would look good when placed next to some of his other cavalry figures. He wasn't sure what he wanted to use them for, but now we have heard that the forthcoming Saga rules by Gripping Beast uses larger bases for commanders it looks like he may have made a wise choice.