This week is half-term at school in this part of the UK. Alex has spent a lot of his spare time painting figures as the weather outside has been pretty grim. Below is a picture of his Elf Heavy Spearmen. Due to my compulsive behaviour, these have been taken from the front again. So, although you cannot see details of the troops themselves due to the large shields in the way, at least you get to see how a warband of orcs would view them - not much to aim for there but plenty of sharp pointy stuff to get stuck with. 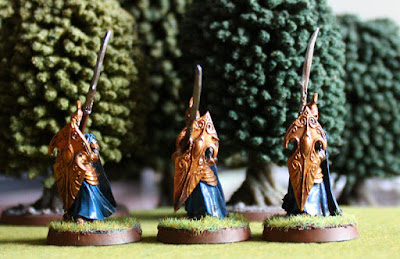 Next up are his three main heroes on foot: Elrohir, Glorfindel and Elladan. 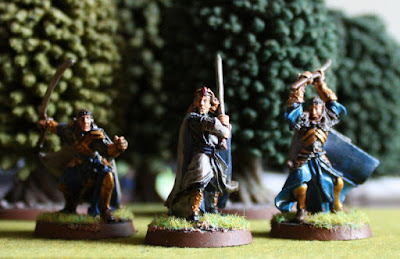 The final hero on horse back - Elladan. 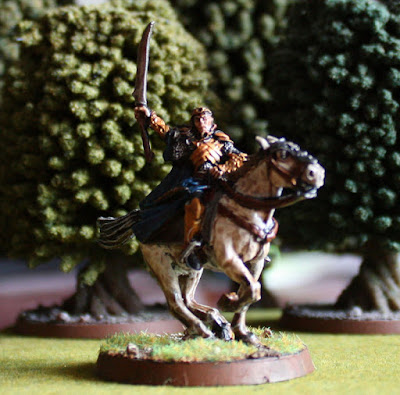 Finally, here are the finished versions of his Galadhrim Knights. He has a banner bearer in there and painted his leader of the squad in a slightly darker gold to make him stand out. He has obviously seen more action in his last 3000 years than the others.