Invaders from the north

These two have been on the almost ready pile for quite some time. The first picture is of Rollo; a barbarian from the frozen north who has popped over the ocean to Glenfiddich in search of adventure and fame. He is to be my next character to replace the ill-fated Esme and Kenny. The environs of Glenfiddich are proving to be a real testing ground for new characters. The mini is an old Citadel fighter/barbarian. 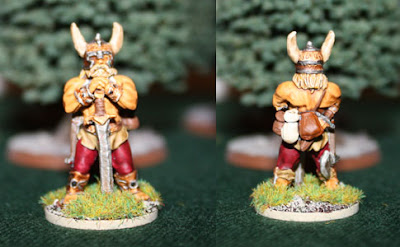 This is an old Ral Partha Storm Giant. I have decided to paint him up in various shades of red and have him represent one of the old Norse Fire Giants. 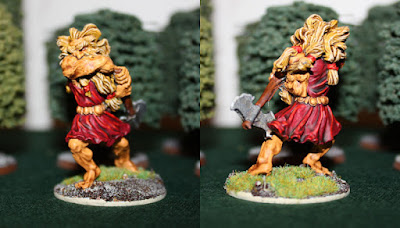 Here is a picture of Rollo about to be surprised by a fire giant. I hope he turns round in time! 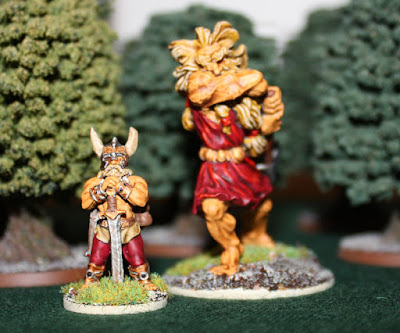