White Dwarf #46 and The Battle of the Five Armies supplement

A little bit late, but I thought I would comment on this issue of Games Workshop's weekly printed magazine. It is not so much on the content of the magazine itself, although there were a couple of The Hobbit themed pages, but on the inclusion of a rather nifty-looking gaming supplement that I am going to comment. 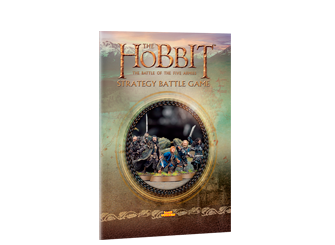 
White Dwarf became a weekly printed magazine about a year ago, but it is now mainly aimed at Games Workshop's two main universes: Warhammer and Warhammer 40,000, with a smattering of The Hobbit thrown into the mix occasionally. As I do not play in either of GW's universes, I am limited to how often I buy the magazine, but as it contained a supplement of a game I would like to get back to playing, I bought it.

It is in a stapled magazine format rather than a stiff-card bound cover so, unfortunately, it will not look good on the shelf with the rest of my LotR and The Hobbit supplements. Hopefully, if GW release another issue (see later), the two may be combined into a hard card cover at some later date and I will purchase that one for my shelf.

Anyway, onto the contents - please note if you have not seen the film yet, this may contain some spoilers.

There are two new scenarios featured plus a small section on how to link them together along with the scenarios from the preceding supplements already published. These combined now tell a narrative that spans all three films...


After the scenarios section is a part with the profiles for all the new The Hobbit miniatures that have just been released...


The final section of the supplement contains details on how to create themed armies depending upon where they are from or who you want to build a force around...


The final page has summary details of all of the new stats.

Overall, I am happy with the supplement, considering it cost me only the price of an issue of White Dwarf. However, I do have a few nits to pick...