We were all busy with the brushes this weekend. First up﻿ are Alex's efforts. He has moved along with his Lord of the Rings figures and managed to complete 3 major heroes with another few almost ready.

First up is a mounted Aragorn. He has started to put some of his leaders onto display bases, as have I. This is to allow them to be more easily seen on the battle field as well as give them a more distinguished look... 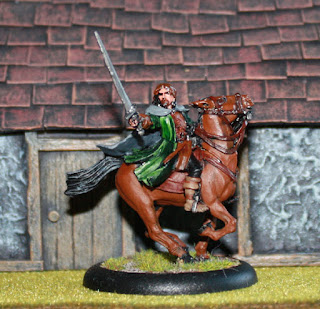 Next up is Elrond. For some reason he decided not to paint the eyes﻿ and it gives the figure a weird look. It only took him a few hours to paint though. 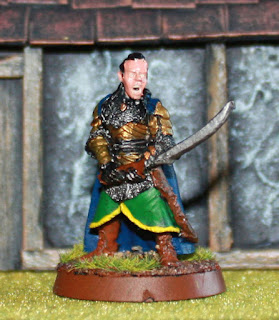 Finally, here is Alex's favourite Elven hero - Glorfindel. Again he put this onto a display base and put a lot more effort into the cloak and armour (which can't really be seen in the photo). 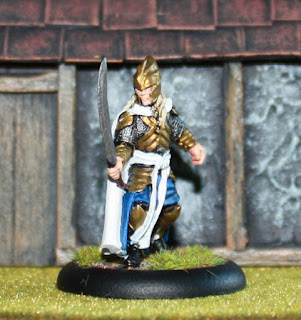 He has also just recently bought a few more Elven Heavy Spearmen to go with the ones he painted up last year. He is collecting an Elven army for LotR, as they are his favourite army. I guess I will have to get my orcs and goblins painted soon so I can battle him.
Posted by Little Odo at 17:48