I am on a bit of a late one tonight, so thought I'd post the latest pictures of the minis I was working on a week or so ago. They are of a new building I bought from a company called Conflix and half-a-dozen Brytenwalda command troops from Gripping Beast.

The new building - a Barn. It is more for use with fantasy miniatures I think, but it will double up nicely for late-ish Medieval. This building has a set of double doors at the left end and the single door you can see in the facing wall. I will get round to buying a few more of these when I see them, to make up a small village... 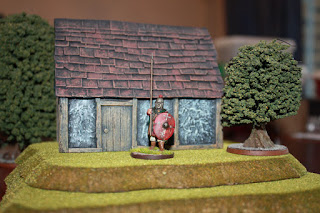 Here's my foot commander - a Pendragon. Figure by Gripping Beast and shield transfer by LBMS. 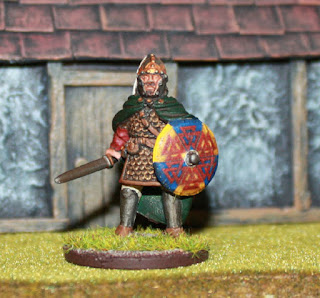 Here's another leader type - ditto the figure and shield transfer (although it cannot be seen!). 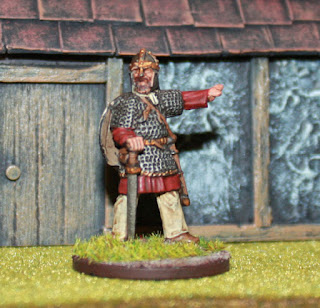 A third leader type. I like this one as he is in the process of drawing his sword, so it is a just before the action figure. So many figures are either in marching or combat poses these days, it is nice to have one in a different type of pose. 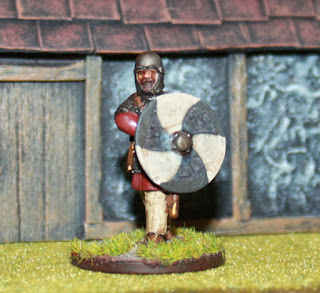 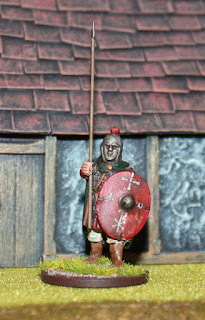 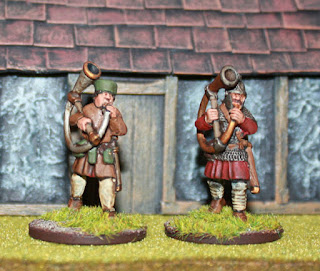 I still have about a dozen or so heavily armoured troops and some archers to paint up to finish my army. These can then hopefully take on Dunc's Saxon invaders in the very near future.

Still to come:
~20 Splintered Lands Druid's Children
8 EIR Command figures
~6 various fantasy figures
9 Nick Lund Kobolds
Then I can get onto those Warriors of Rohan I have been threatening to get onto the paint station.
Posted by Little Odo at 00:22