Alex has been very busy these last couple of weeks trying to finish off his Games Workshop Lord of the Rings Elf army. Here's one of his named heroes, Elrohir. Elladan is still to come. 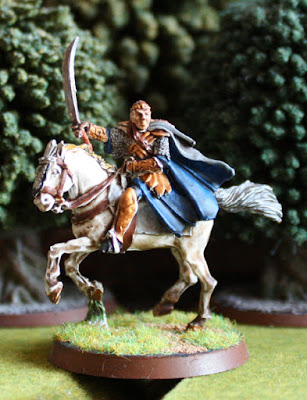 Next up is the Elf Command. 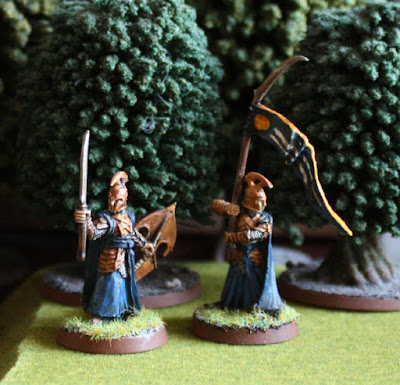 Here is the main stay of the army - the swordsmen. 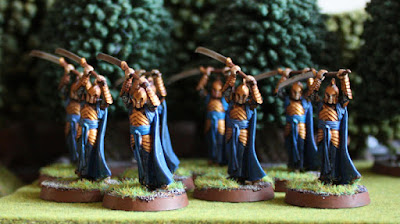 Next up are the archers - deliverers of death from a distance, pretty much the best archers in the game.

And finally the entire unit in all its glory. This picture also includes Glorfindel as part of the Grey Company that Alex had previously painted.

He is currently trying to finish off Elladan on horseback, the three heroes (Elladan, Elrohir and Glorfindel) on foot, 3 heavy spearmen and a box set of 6 Galadhrim knights. We will look into adding up the points values of these and then adding the odd mini to make up a tournament worthy army.
Posted by Little Odo at 15:05