After much uhmming and aahing I have decided to use what I have got rather than try to purchase OOP metal minitaures (I am not keen on Finecast so I doubt I will buy anything in that medium) of the Gondor artillery from the film based range by Games Workshop at the hiked up prices seen on EBay.

I decided to utilise some Early Imperial Roman scorpions and a ballista from a box set I bought from Warlord Games when I first started updating this blog. They no longer seem to stock the resin box set I bought, but the individual units can be bought in either a plastic or metal box set. The set I bought was known as Roman War Machines and came with an additional eight metal crew miniatures to man the weapons (which I will get around to completing so the artillery can be used for two armies). 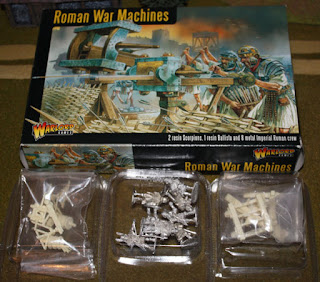 The ballista is a mean piece of kit and will look great in place of the usual Gondor trebuchet, although I may pick up the Warlord Games Onager to do this as well though as that looks like a fabulous model too. 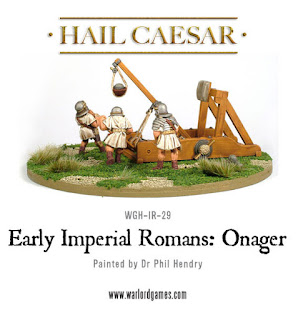 Here is the ballista in its deconstructed form. I just used normal superglue to put it together, and a two-part epoxy resin glue to adhere it to its base. 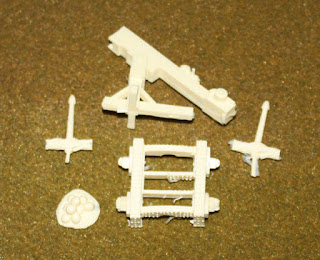 Here are the two scorpions you get in the box - ideal for use as proxies for the Avenger Bolt Throwers. Again, shown in deconstructed form and stuck together using the same glues as the ballista.

Finally, here is a picture of the three models after construction. Very little effort was required to clear off the flash and venting material; just a few scrapes with a scalpel.

In the meantime, I have been putting some paint onto the Gondor warriors. This is a painstaking process as I am having to paint each individual piece of metal armour one at a time. I have almost completed the first 12 Archers to this stage. Hopefully I can get a picture up of them soon.


Something I have not done before is welcome new people to the forum. That is very poor manners, so from now on I shall try to say hello to everyone who joins this little community. So, today I welcome Ubique Matt. I will also take this opportunity to say hello to everyone else who has signed up either via Blogger or Google+. Thank you for dropping by and keep the comments coming.