An early Anglo-Danish Warband for Saga

After several months' hiatus I got my figures and tools out to start working on something to get my creative juices flowing in a direction other than AD&D RPG. Doggerland has been taking up an inordinate amount of my time lately, and as a result my paintbrush and tools have not left the cupboard since way before Christmas.

As I had recently bought Saga at Salute I decided to do something with respect to that ruleset. A few years back I got hold of (two of) the Gripping Beast Anglo-Saxon Thegns box set, as well as two boxes of Vikings (I'll do something with those at a later date). I got them out of the box, and sat and stared at the sprues this afternoon to work out what I could do with them. I finally got the clippers out and created two units and the warlord for my starter force.

I decided I wanted to create a force that was post the first Viking Age (i.e. Alfred vs. Guthrum era) but pre-1066. I decided upon an early Anglo-Danish force based upon the early years of the Godwin dynasty. Lots happened during the Godwin era and they fought or opposed armies of many peoples during that time (other Anglo-Saxons/Danes, Welsh and Normans just for starters).

This is what I got for about four hours of procrastination, snipping and gluing...

First up is the warlord himself. There was a little kit-bashing involved to get this figure sorted as the shield and Dane-axe are from Conquest Games' Norman Infantry set. 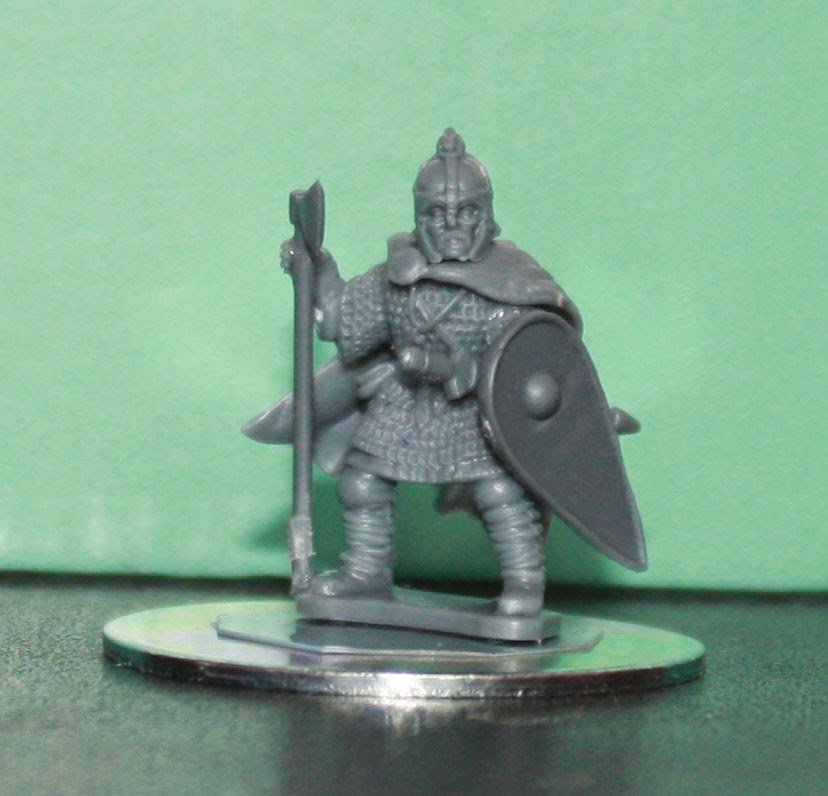 The first batch of figures were made into a unit of Huscarls that I will use to represent the professional warriors who carry the warlord's banner. The banner bearer and horn blower had a kite shield added to their backs. The next unit I am hoping to arm with Dane-axes for striking fear into the enemy. 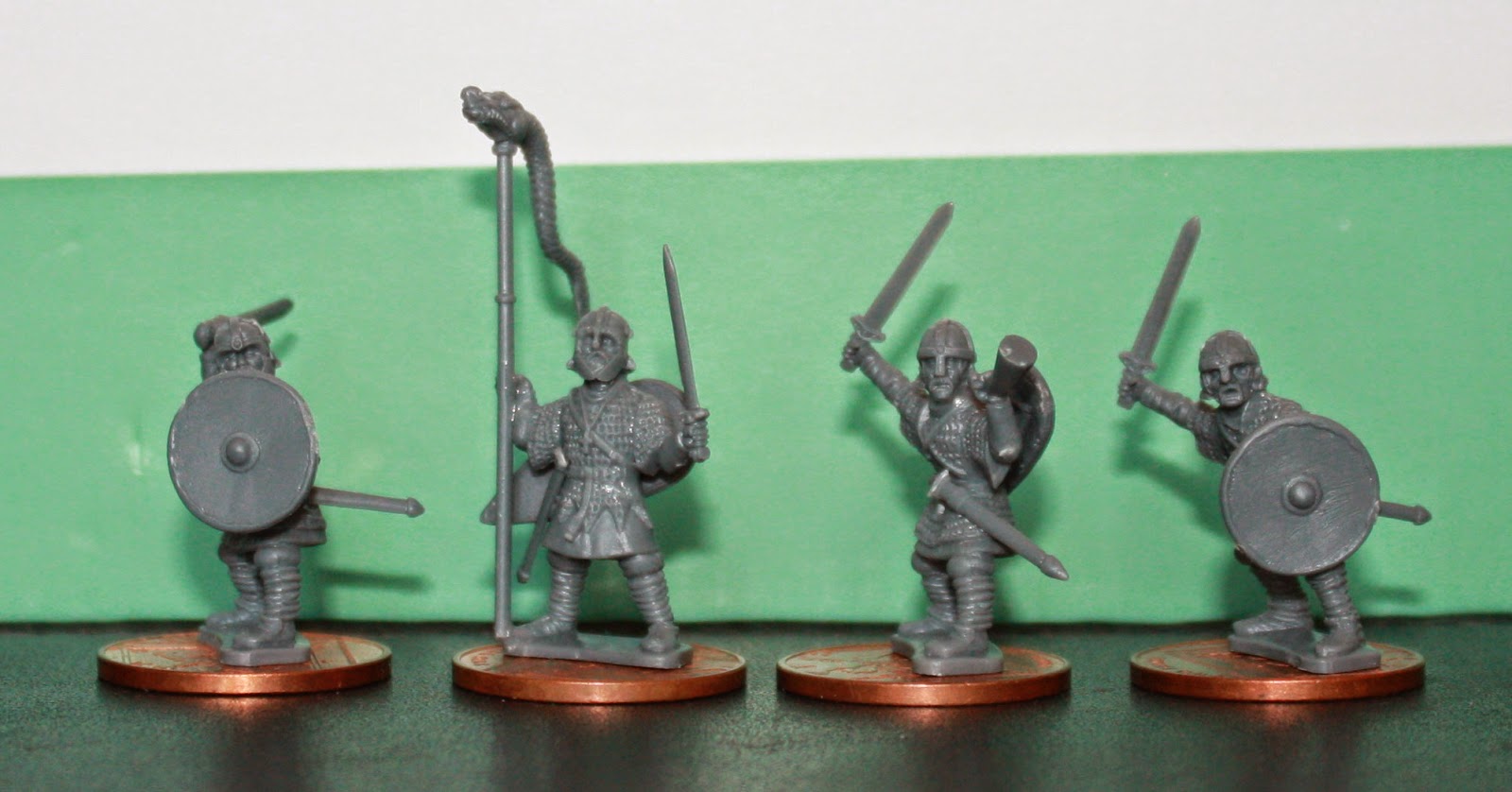 The second unit I created will represent what Saga calls Ceorls - a mixture of the better trained members of the Fyrd and lesser thegns. Eight spear-armed troops to bolster the numbers of the elite Huscarls. I will create another unit similarly armed and armoured at a later date to bring the army up to a basic 4 points. If I go for a standard 6 point army then I may take an extra unit of Huscarls and then invest in a box of Gripping Beast's Dark Age Warriors to make a unit of 12 levy.

After gluing the plastic kits together, I mounted them on 2p pieces. Now that it is no longer a criminal offense to deface the coin of the realm, I can use them without fear of losing my head - and they work out far cheaper than any base I have seen for sale anywhere! They also have the added advantages of being exactly the same size without fail, being magnetic, and they give the figures a little bit of heft which plastic figures generally lack.

I will attempt to get them undercoated this afternoon if the rain holds off, and maybe get the mail dry brushed to give them a little contrast.