Well, I started to finish those pesky Norman Knights at long last this weekend. I started with 40 Knights but a slight accident saw two of them slip off the painting tray and break irrevocably. So, I am now two men short for my army. I will probably add a pack or two to my order to make up the numbers when I pick up the foot contingents in the near future, and maybe do a step-by-step painting guide with them (something I always forget to do when I am painting large units - sigh). I was going to try to complete one a day over 40 days but that plan has flown out of the window as my painting was so sporadic. What I will do instead is put up a conroi of 10 every week. This will force me to get my butt in gear and get them completed by the middle of next month and enable me to clear down the paint station (and thus the dining room table!) and so therefore please the other half :-)

For my first unit I decided to complete the pueri led by a sergens. The pueri were the 'boys' - often well-drilled but often untested in battle. These could have been the squires of the more experienced knights, or maybe just some of those knights who were elevated to knighthood only recently.

The Bishop Odo led a unit of pueri at the Battle of Hastings, as well attested by the scene on the Bayeux Tapestry. 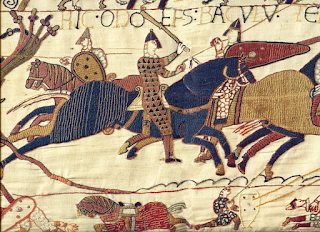 First up is the leader of this reduced conroi (9 instead of 10 at the moment) - a sergens (or sergeant in modern day parlance)... 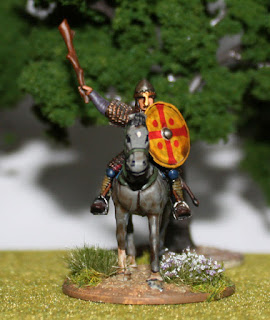 Miniature by Conquest Games
He is wearing  scale mail and carrying a round shield, as well as sporting a baculum (or club). This club has been presumed to be a continuation of the use of a vine stick - the vitis - as carried by a centurion of the legions 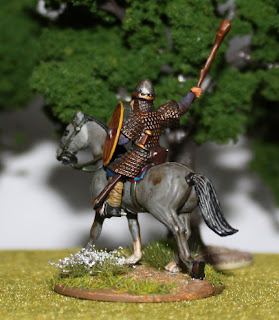 Here is the banner bearer of the conroi. It is doubtful that the banner would have been as large as this but hey it looks good and can be easily seen upon the tabletop. 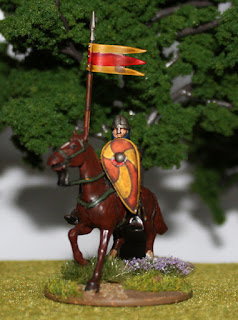 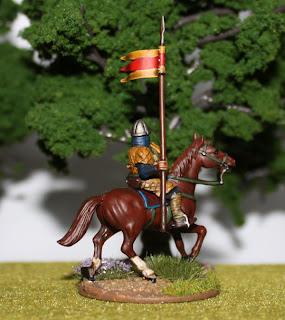 Next up is the unit's musician. He would blow the horn to make sure orders were heard above the din of battle. 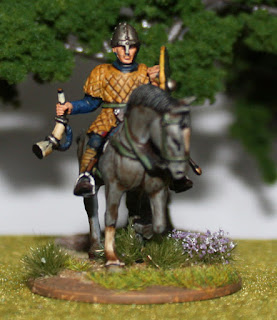 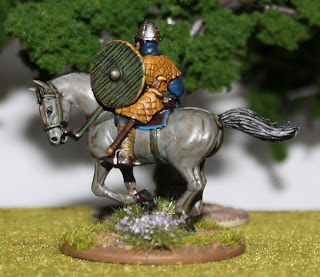 For each unit I have created a champion. I doubt this position ever formally existed, but I am sure that the leaders of each conroi would be likely to have the toughest warriors beside them to inspire courage into the rest of the unit. I have armed him with a large axe to separate him from the crowd. He too sports a round shield like the sergens. The evidence suggests that kite shields has replaced round shields as the main form of protection before the advent of the Battle of Hastings. However, if you have already broken your main kite shield in combat, a round shield may have been easier to make at short notice (historical re-enactors may be able to verify this statement). All weaponry from this time was expensive, so it is also possible that this shield could have been handed down by an elder brother or more senior knight after he had bought his first kite shield. 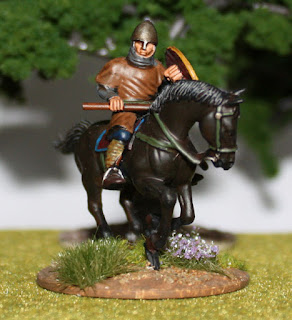 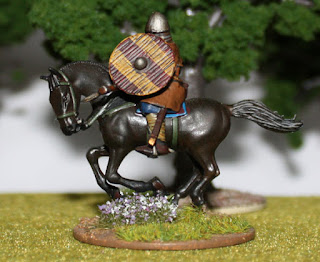 Now here come the pueri themselves - half-a-dozen Norman striplings gagging for a fight. I have tried to keep them looking like a unit by making as many of the shields the same or as similar as possible - in this case I have gone for a red and yellow striped theme. It is doubtful again that this would have happened at the time of Hastings but it looks good when the miniatures are deployed together on the table. I am no great shakes at painting devices, so I used decals (LBMS and Flags of War) for these figures. 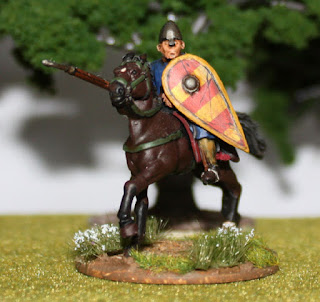 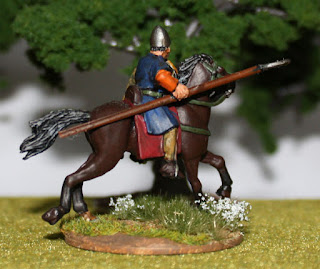 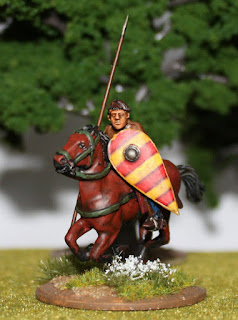 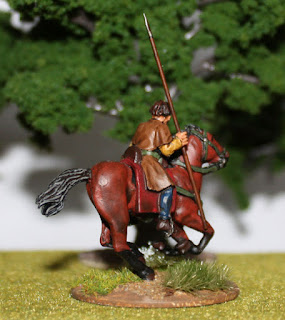 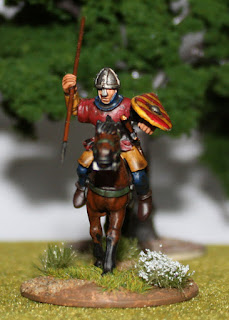 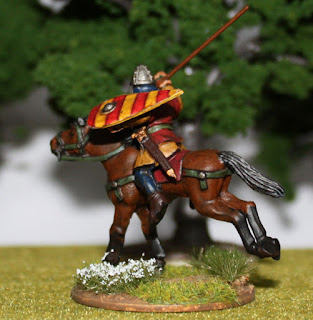 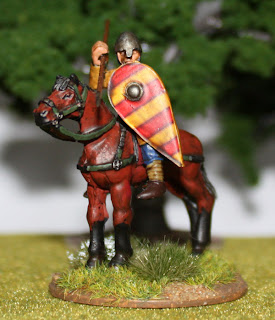 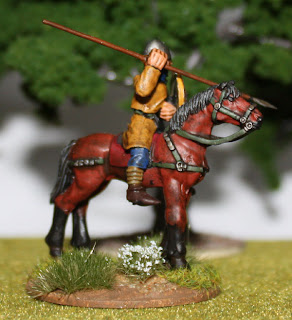 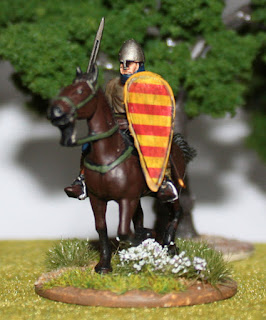 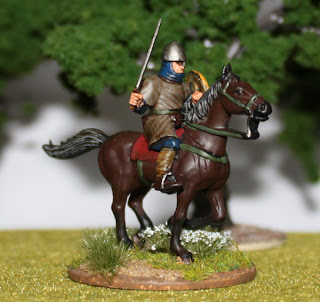 Finally I have a couple of group shots from within the unit itself. Here are the command... 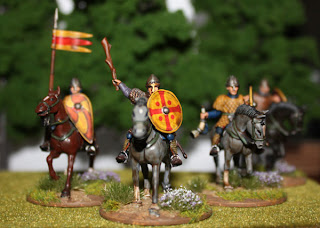 An here are the pueri... 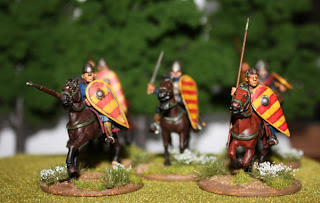 Next week should be the first unit of miles.