I managed to get a wee bit of painting done this weekend despite the fact we were busy due to it being Alex's birthday over the weekend.

First up is a Ral Partha demon. I got a bit stuck with what to do with this mini and I am not too happy with the way it turned out. I will leave it as is though, and it may grow on me a bit more in time. 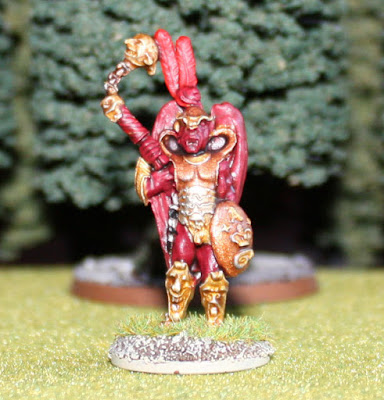 Second up is another Ral Partha demon. I experimented a bit with this one by just using washes over a white undercoat. There are parts I could have done better, but I am pleased with it none-the-less. The photo has left it looking a little washed out though. 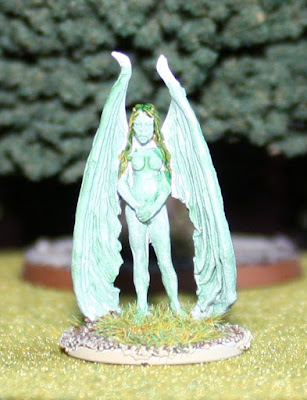 Finally, here is another squad of Roman Auxiliary Spearmen from Warlord Games.

The Rohan stuff has taken a bit of a back seat recently, but I am hoping to get onto them again in the coming weeks. I managed to get some more painting done on a few other minis that have been lounging around on the workbench for ages. Some Celts, more Romans, a few Space Marines and a couple of fantasy types on horseback.
It looks like my new PBM will be starting around the end of August. Invites to players have gone out and I have had some responses already.
Posted by Little Odo at 19:20