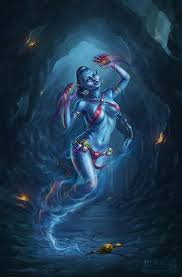 Ablutions over and rested up we all headed out to investigate what the barn might hold in store for us. Unfortunately, it seemed like the mill was on fire. People from all around rushed to put the fire out but it was in vain. The Lord Frak put in a fresh appearance, taunted us as usual and then walked back into the flames.

We returned to the inn and found out that Lord Frak had a room there. Unfortunately, a quick look around it revealed nothing untoward.

Finally, we made our way to the barn to investigate the supposed vampire sightings, but other than eight empty coffins and a few valuables there was nothing of note within. We returned to our rooms at the inn and had a good night’s sleep, untroubled by the usual dreams we encountered each night in Ravenloft proper.

After a sound sleep, we were awoken by the sound of breaking glass and screams from downstairs; one of the serving girls had accidentally broken some of the landlady’s best ornaments. Luckily Malfeseus was on hand to Mend them for her and earn us free board and lodgings whilst we stayed at the inn.

The carnival itself was not really of much interest; other than the usual coconut shy type stands there were only three major tents. The beer tent and Haunted Horror tent were standard fare and were of no real interest to me. However, the Wonders of the World tent held my interest far more. We met a vendor of magical items in there that the rest of the party had met on a previous occasion who offered us a reward if we could pop into the Void to collect a rod he had lost and return it to him. It was said to be guarded by a frost breathing ogre-dragon that was vulnerable to fire. We agreed to go so he gave us a crystal that we needed to shatter for our return.

We stepped through a portal and into a plane of small islands floating in the nothingness. We remembered that the vendor told us it was easier to take small steps on our way to the centre of the floating archipelago, so we hopped across one platform at a time. Often one of us missed our footing and were whizzed across to outlying islands where some loss of memory occurred; but not always. Those of us who were lost in this way always got back but these little side trips took their toll.

On occasion we came across a platform inhabited by small floating tendrilled beats that shot beams of phantasmal energy at us. The effects were devastating but they were also easy to dispatch. About half-way to our goal, we encountered a water genie who had had her lamp stolen by a dragon-ogre. She promised to reward us in return for helping her recover her lamp. We agreed to let her join us.