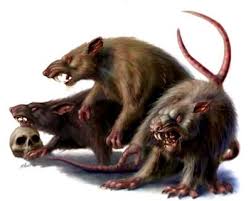 From the Diary of Meegosh Krackle

I am not sure what happened today. One moment I am sitting in the tavern minding my own business, and then, whoosh, I am lying on what I can only describe as a beach without an ocean being sick to my stomach. And, I was not the only one...

Within a short distance of me, were several other beings in various states of unease; a dwarf clad in the most heaviest of armour, a human who belonged to some cult or other, a female half-orc warrior queen and another being whom I can only describe as some kind of shady elf fellow. They all seemed rather friendly considering the situation; I guess adversity brings out the best in us, especially if everyone is in the same boat and up the creek without a paddle.

Anyway, after a few moments the mists parted (did I not mention the fog that surrounded us? Ebbing and flowing like the ocean, often revealing and then concealing what surrounded us) to reveal a fellow who introduced himself as Carlian (?). He just mentioned to meet him, when we were ready, at a large building on top of a hill he pointed to that the mists parted to reveal rather conveniently.

Not long after Carlian departed we began to hear shouts and screams from within the surrounding mists. A human woman, out of breath and obviously in extreme fear, came hurtling towards us. A few of the party (this is how I shall name this rag-tag bunch of misfits for now) on the beach tried to calm her but to no avail; apart from the fact that no-one could understand a word she was saying. Then, from out of the gloom, twang – thud, a rather ill-shot arrow plopped into the ground nearby. Another human female could be seen on a small incline not thirty yards away taking pot shots at presumably the woman who had just arrived. Millie, the half-orc, bounded up the hill and in a trice had her incapacitated and trussed up under her arm. She then popped back to us with a smile on her face at a job well done.

Now I am not one known for making up stories but what happened next was rather alarming. The human lady that was being chased began to scream in agony as parts of some being from another dimension began to erupt from within her. Before we could draw breath, we were faced with some terror from beyond. The dwarf, Grumbold somebody or other (I mean to find out their names eventually), strode up to it and began to trade blows but it looked from the outset he was not up to the task. I conjured up a few of my little parlour tricks and reduced the demonic apparition to a pile of limbs (with maybe a little help from a couple of the others who kindly distracted it whilst I issued the magical coup de grace).

Just as everyone began to recover from the surprise of this demon beastie and the aftermath of its destruction we heard many more noises issuing from the fog. Luckily, this time, the human lady, Annabella, and an accompanying bear, Gur, who arrived were known to some members of the party. I must say, I found her rather distracting in a peculiar way. I can’t put my finger on it, but she acts very strangely and no-one seems to really want her around.

After making a few introductions and so forth we headed up to the place that Carlian suggested we meet him. It looked like some kind of old temple; rather run down and dilapidated but it seemed sound enough structurally. What was weird though, as we crossed the threshold of the gate/fence boundary, rather than the usual sparse growth of tough grasses on the arrival area there was a comparatively lush kitchen garden that contained some jolly nice looking vegetables if I am to judge.

We cautiously made our way into the old building and introduced ourselves to Carlian. It was only now that we realised that he was totally blind. We moved into his abode and huddled by the fire whilst he told us his tale of woe. It seems that there was once this dark lord, Kargo Rah or some such, who died. Karlian mentioned that he belonged to some ancient order that destroyed said dark lord but all of his fellow masters gradually turned to evil or left the place. There was mention of some hut on legs inhabited by a witch that moved about on a nearby lake. Then he mentioned something to do with women and witches taking over and needing to be stopped. To be quite honest, I was more interested in a small ivory box and the mouldy tomes in the bookshelves around the walls.

Anyway, cut a long story short, he only wanted us to go and grab some mouldy old tapestry depicting some ancient gods from a tower of paragons an hour away and bring it back to him. As that seemed nice and easy, we all agreed to set off right away as we still had a few more hours of what passed for daylight in this realm.

After an uneventful journey, we approached the doorway to the tower only to have the ground beneath our feet literally erupt with vermin. Rats the size of trolls attacked my companions and me. As each was dispatched, two more took its place. The warriors in our group were hard pushed until I began to use my lowly cantrips to make light work of the monsters.

The door to the tower opened relatively easily and once inside we began to explore. It was a strange set up within the walls. There were no stairs that led upwards to higher levels. Luckily Annabella managed to suss that there was an illusion that blocked sight of another corridor. I would have found it but as I would not use such a simple trick to conceal a doorway I had my attention elsewhere.

The corridor led to a dead end but about halfway along there was a metal plaque on the floor. It took us but a few moments to figure out that we needed to touch the metal of the device with our bare hands to activate it and it whizzed us off one by one to another place once fully activated.