I have finally, I think, finished a 24AP Orc and Goblin army for use with Hordes of the Things. It has only taken about two years to get to this point after starting the project! I would like to add some kind of Magician base and a Hero-type base to the total, but it is usable as an army as of now. 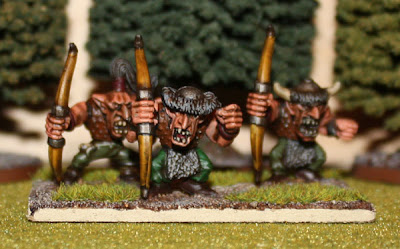 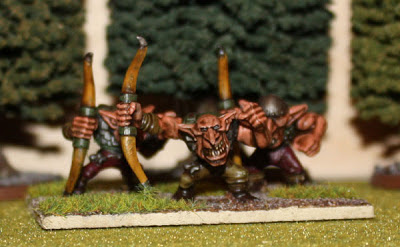 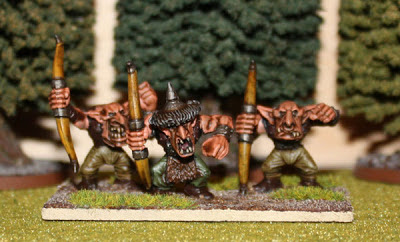 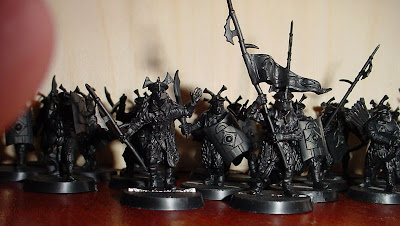 I thought I would get started on some more of my Lord of the Rings stuff. I already have a big bunch of Riders and Warriors of Rohan painted up, so they need someone to fight. I decided to put together a box of Easterlings with metal command to give 22 warriors, a banner bearer and a captain. Rohan will need a couple of captains to round out the force before use, and this bunch of Easterlings will require some mounted support. I have Kamul and eleven Kataphracts (5 metal, 6 plastic) to add to this force. I have tons of orcs and Warg Riders too, to make up numbers if necessary.
﻿
Posted by Little Odo at 17:43