Well there goes another year, and what a year it was! Outside of gaming there were all sorts of newsworthy events like the Queen's Diamond Jubilee, the London Olympics and a variety of other sporting and celebrity related events - most of which I pay little or no attention to. There were also many other not-so-nice events that leave a bad taste in the mouth - all the ongoing troubles in the Middle East, the ever continuing world financial problems and so on. However, I'd like to leave all that unsavoury stuff aside and wish everyone around the world a very happy and prosperous New Year. 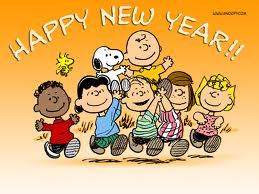 A new year generally brings with it a time for reflection and new beginnings. I am going to keep my thoughts gaming based, so here follows my achievements for the last twelve months...

Games played:
This count improved dramatically over the previous few years since I started this blog. I joined a local RPG group and have played in two/three (one still ongoing) major campaigns; two AD&D, the other Pathfinder. I also played a game I haven't played before - All Flesh Must Be Eaten. To add to this total I played a few tabletop games early in the year, namely Songs of Blades and Heroes and its Arthurian variant. This year I hope to carry on playing in the Pathfinder campaign (we have almost finished part 1 of the 6 published adventures), maybe take part in one or two other one-off RPGs I have not had the pleasure of playing before, and hopefully get my number of tabletop battle games played to a higher total than last year. I managed to secure a copy of Talisman during the course of the year, so when I get some table space, that will be coming out and played with the kids.

Figures Painted:
For some reason I lost my painting mojo around springtime and only really got it back in the last few months. The summer is usually when I really get loads done, but for some reason I just didn't get much done at all this year. My plans for next year are to try to plan my painting a bit more and rather than paint figures on an ad-hoc basis, try to paint regiments or armies as a whole. One total that was better than last year was my 15mm count. I aim to continue in that vein and get a few HotT/DBx style armies made up in 15mm. This would certainly suit my lack of playing space as a 2' x 2' board is a lot easier to accommodate than a 4' x 4' one. For 28mm I would like to get either my dwarf or orc/goblin armies for HotT completed so I can start playing it with the kids. It would be great if this could happen by the summer.

Projects planned:
As mentioned above, I'd like to complete a few armies and also a few other gaming related things that have been hanging around for some time, some of which for decades!
HotT Dwarfs: Just a few more bases of Dwarfs should complete a 24AP army.
HotT Goblins/Orcs: Ditto above - I would then have 3 complete 24AP armies to battle it out with.
Historical Armies: I'd like to complete a large Norman army circa 1066-1099. None of these figures have really been started yet, so as a project I'd like to have the following: 40 Norman milites, 40-50 Norman footmen (spears, swords and Dane-axes in a variety of armour), a couple of dozen archers and a couple of dozen crossbowmen. These will then be used for Saga, WAB and any other tabletop gaming rules I like the look of. I also have a few boxes of Gripping Beast Saxons and Vikings for slightly earlier period gaming (Alfredian period - 890s) and a bunch of heavily armoured Romano-Britons to add to my existing unarmoured units.
Fantasy figures: I still have dozens of old school Citadel/Ral Partha/Asgard etc. minis that need cleaning, painting and basing. I am not sure what to use these for other than just getting them painted, but a planned fantasy RPG/tabletop campaign will probably be in the offing sometime in the future.
15mm figures: I have several hundred of these from a variety of periods (but all ancient to medieval) that I was going to use fopr my Doggerland campaign game. The game played out before I could paint a single miniature. That said, I have ideas of a slightly smaller scaled game that would allow me to still use them - most likely based for HotT/DBx (I bought a load of acrylic bases a few years back for the purpose).
Fantasy RPG: I will carry on playing at the club in a variety of fantasy RPGs (Pathfinder being the primary game at the moment) and hopefully develop my own campaign for e-pbm with my oldest gaming chums who are now situated all over the country which makes getting together for a session extremely difficult. This also leads into the game extension for Doggerland which will be an e-pbm and tabletop battle game combined.
Sci-fi gaming: I have a completely developed sub-sector for Traveller rolled up and ready for use - it has been for a few decades and has only been used in anger on one occasion. I am also currently aiding my old Traveller referee in re-writing our old adventures and updating it for modern times with the hope that we can reboot our old universe and start playing in it again. The history is very rich and detailed, so it would make an ideal springboard for new adventures once we have ironed out a few anomalies and issues. I am hoping to get it all typed into the computer rather than having it just on hand-written notes dated from the early 80s to 90s.

So, there is a lot to do and a lot I have planned. Even if I only get half of the above completed I would be very happy. My main aim really though is to get playing more, and all the above painting and administrative stuff is a prerequisite to that. I am one of life's great procrastinators, but I am hoping that this year I keep chipping away at the huge pile of self-imposed work and overcome my lax attitude at the same time.

Here's to another year of gaming, fun and shenanigans (raises glass of single malt to all my readers, friends and family).
Posted by Little Odo at 15:32