Here's wishing you all a very Happy New Year... 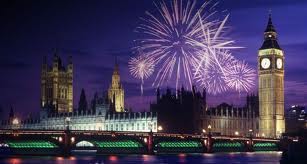 I didn't get up to much this New Year's Eve - just watched a few episodes of the BBC Frozen Planet series with Mrs Odo and had a couple of glasses of wine. We saw the New Year in and went straight to bed - I had a very poor night's sleep what with the fireworks and, for some unknown reason, copping a bad case of indigestion - I hope that is not going to be the way of things for the rest of the year!

I don't usually make any resolutions, as I rarely stick to them, so will probably have an unofficial one to paint as many figures as, and to play more games than, last year. The credit crunch is keeping things a bit tight in the Odo household, so new purchases will be a rare thing I imagine. Maybe a new set of rules (Saga?) and a few figures, but mostly just restocking of paints/glue etc that I use up in the interim.

Since I last posted, I got out the computer (we always shut it down for the Christmas period) and my half-finished figures again. I managed to varnish a few, glue a few onto some bases and think about what needs to be done to complete them.

Yesterday, Alex bought himself a 250Gb X-Box out of his Christmas money and pocket money he had being putting aside. I spent an agonising 4 hours this morning trying to set this and our wireless network up to work with each-other - why are these things never easy? After the simple set-up failed, I tried to set up everything manually for the IP address/DNS etc. - again with no success. I resorted to the restore Factory Settings and switch off/on again - this worked much to my bewilderment and Alex's joy. He is now glued to his new console interacting online with his mates on some shoot-em-up. And to think, in my day, I used to interact in the same way but over the kitchen table with games like D&D, Runequest, Traveller etc. The old saying is true; the more things change, the more they stay the same.
Posted by Little Odo at 14:00