My output was somewhat less than Alex's over the last week or so, but I am almost there with several other minis which should be published tomorrow. Anyway, my output for the last week or so is as follows; four fighter types for fantasy RPG. First up is an Amazon, an old Citadel mini form the early 80s. I had acquired a fair few of these and their sisters who have gone on to make up a stand for HotT and a mounted version, as well as a priestess who is half finished. 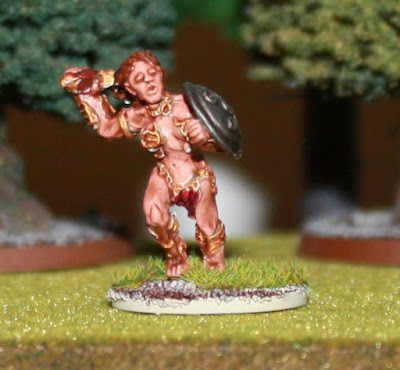 Next up is a Citadel Fighter from their Fighters range from yesteryear. He strikes me as being very Conquistador-ish and doesn't really fit in anywhere, but the figure will pose as a foreign mercenary type in my fantasy RPG world. 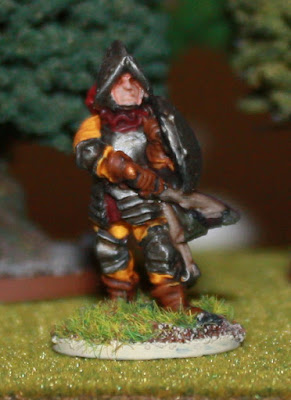 Eeek! How can I take some great photos and then have one turn out like this? Lighting, distance etc all the same but the result is somewhat lacking. A crusader type from Citadel's Fantasy Adventurer range. 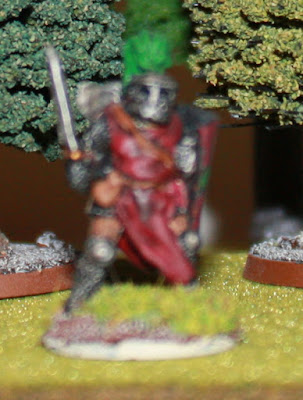 Finally, a paladin from Citadel's Fantasy Adventurer range. These were some of the first minis I bought back in the day. I actually really like this old style of sculpting; it may be the dewy eyes of nostalgia making me think this, but they have a certain charm that many modern minis seem to lack. 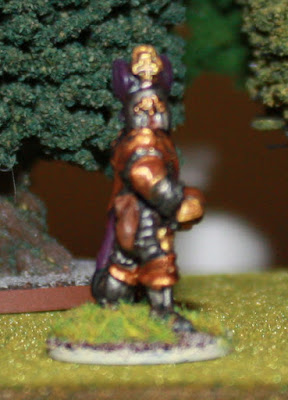 And, here is a shot of the four of them altogether.

Coming up in the next day or so should be the last of the Riders of Rohan, and for Alex there are some more LotR minis.
Posted by Little Odo at 23:55