We had a new player join us this week. He has taken on the role of Salderban until his usual player returns. The party has grown to a very handy six characters now... 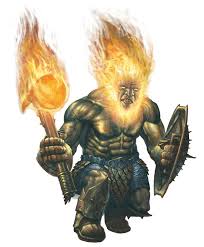 Arathea, the half-elf, backed off from the party after she had stabbed the old elf and threatened to kill herself. Rhogar, being an ex-slave himself, calmed her with his soothing words, but no sooner had she stopped trembling than the old elf began to live again. The blood stopped flowing from his wounds and he tried to rise again despite being bound.

Skins, her barbarian instincts prickling, battered him to the ground again with her axes and Zook pinned his hand to the ground with his own eldritch dagger to prevent him from rising again. Despite his pain the old elf attempted to cast a spell, but Torric put a stop to his movements and suggested that all his clothing and trappings be removed lest they contained the source of his power. He was stripped to his loincloth with Karik taking his rings and Torric his strange black robe with a sash of eyes.

Okzar iterated the fact that they needed to get moving if they were to save his brothers and escape the Magnaroc, but his words fell on deaf ears as Salderban went off to investigate the lift apparatus, Karik went to look at the book on the elf's lectern and Zook made his way to look at a bubbling cauldron nearby. Nothing new was learned about the lift device, but Karik got a swift peak at the book and saw that it was about airships before Okzar growled a warning and slammed it shut. The bubbling cauldron turned out to contain a vile concoction of demi-human body parts in a broth that was undoubtedly for consumption by the bullywugs.

Torric cast a Detect Magic cantrip which highlighted the book, the eye-sashed robe, the rings in Karik's possession, the chain around the necks of the three remaining elf's slaves, and a chest off to one side of the room. Torric persuaded the old elf to give up the secrets of the locks and got the chest opened, which revealed an amulet, four scrolls and some good food.

Arathea, once again scared now that the elf was back alive begged for the party to kill him to finally free her from his thrall but Torric and Rhogar continued to question him. This led to the old elf attempting to cast some diversionary magic before Rhogar Eldritch Blasted the wizard, taking away half of his head, thus killing him once and for all.

Torric revived Arathea from her faint with a small sip from the last remaining Potion of Healing and gave her some of the good food from the chest, which revived her no end. He then did the same for the other three slaves still standing upon the dais. It was at this point that Okzar finally lost his patience and ordered the party to get going with Zook leading the way over the bridge.

Their path took them through a series of large caverns and small, twisting crevices and ended in a large cavern beneath the main caldera of the volcano. In the centre of the room they espied a large magma chamber with a narrow stone bridge spanning it. Flying around the upper reaches of the caldera, close to the open air, they spotted one of the smaller red dragons but the central magma chamber was surrounded by a score of bullywugs praising three figures that stood upon the narrow bridge. Every so often one of the bullywugs would be directed to jump into the magma.

The three figures on the stone bridge did not spot the adventurers as they crept into the chamber due to the concentration they had upon the ritual that they were performing. Okzar pointed to the far end of the chamber where there were two huge glass cabinets that each contained a huge construct not unlike himself. He handed a key each to Zook and Skins and ordered them to open the cabinets and thus free his brothers.

Skins and Zook took to their tasks and rapidly advanced upon the cabinets whilst the rest of the party took up supporting positions. Unfortunately, as the two sneaking party members approached their goal, they were spotted by the three figures on the bridge who ordered their bullywug minions to attack them. It was at this point that the party realised that one of the figures was the old maester from the sky-ship they had crash landed on the Magnaroc. The other two were a red-skinned bullywug type and a large devil. When any member of the party looked at the red amphibian they found that they felt nauseous and were ill.

Now that they had been spotted, the band of adventurers charged into battle to support their two sneaking comrades. Many bullywugs were pushed directly in to the lava but soon their numbers began to tell and they became less of an easy target. However, the superior skills-at-arms of the party told through and the bullywugs began to fall faster and faster, especially with Torric's magical chanting and ballads belittling their prowess. Okzar made straight for the bridge to bring battle to the three beings there.

The red being saw the advance of Okzar and that the fight was going against his sect, so he made himself disappear and a sphere of bright white light appeared in his place. This sphere slowly dropped into the magma chamber where it caused great wafts of steam to rise into the room above.

The maester, fearing what might happen, dropped to his knees and grabbed the hem of the skirts of the devil. This caused the devil too to disappear from sight as the magma rose in the chamber beneath. Knowing that he now had nothing to lose, the maester squared up to Okzar who had just reached the centre of the bridge. Okzar roared his battle-cry but it was cut short by a Cone of Cold that shot from the fingers of the magic user. He fell to the ground, the flames of his hair went out.

Rhogar cast an Eldritch Blast at the maester and Torric's bardic lore caused the old wizard to clutch at his head and fall to his death into the rapidly rising magma. Karik just had time to grab the magical book from Okzar before they realised that they had to leave the caldera as soon as possible.

They shouted to Skins, Zook and Salderban to hurry up and release the giants. The three warriors rapidly finished off the last of their bullywug adversaries before they put the keys into the locks on the cabinets. A quick turn of the keys released a magical energy that turned the locks and the doors began to open. The giants within, their eyes full of fire, emerged from their slumber.

Skins commanded the first giant to return her to her companions. The giant obliged by picking up the small kobold and threw her the length of the room. Zook chose his words more carefully and ordered the giant constructs to collect Okzar then follow the party and aid in restoring the Magnaroc to order.

The small band of adventurers made their way to the exit from the magma chamber, but not before the small red dragon managed a single swoop down on Rhogar before it too made its escape.

It was only a matter of a few minutes before they had regained the chamber with the sky-ship and the three remaining slaves. The sounds of the volcanic eruption rang in their ears.