The third conroi of Norman cavalry to be painted I have designated as actual knights - most have individual designs on their shields to show their identity on the battle field. A few have the same shield design to show that they are a part of the same conroi or household but the rest have their own 'arms'. This is to show a high ranking Norman noble with his retainers and those knights who owe him military service in return for the granting of lands.


First up is the commander... 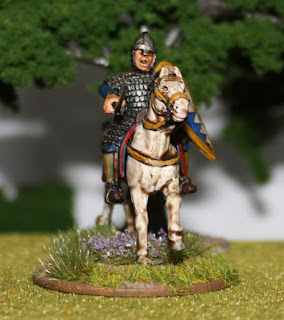 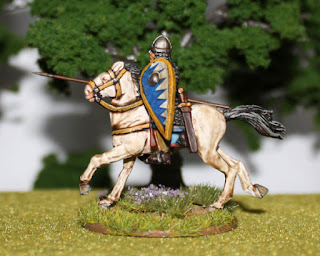 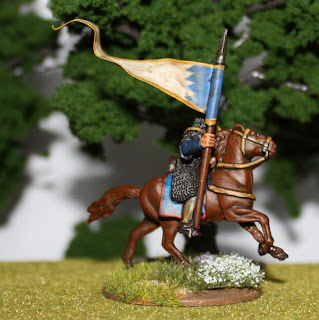 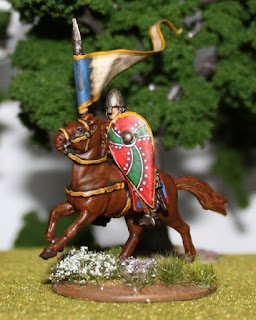 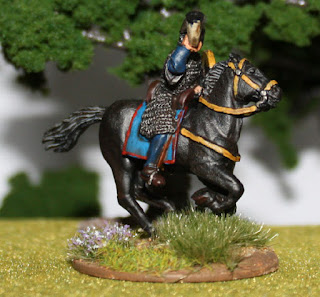 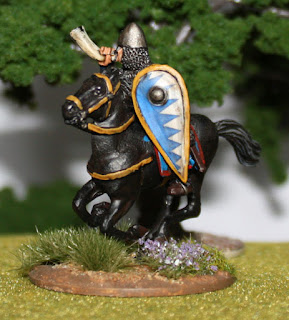 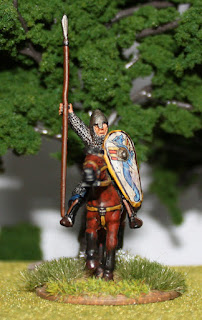 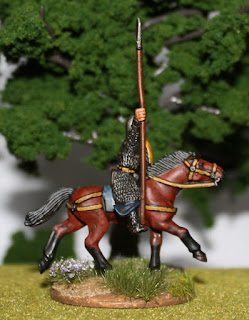 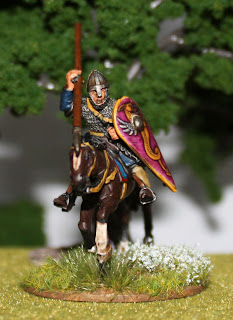 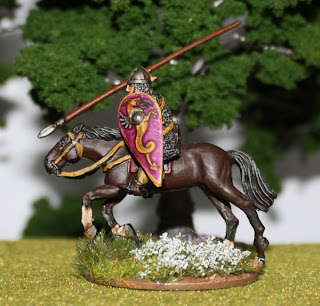 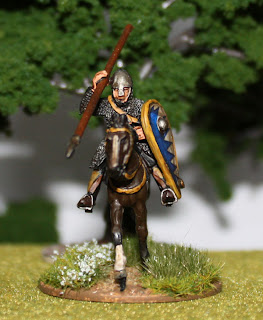 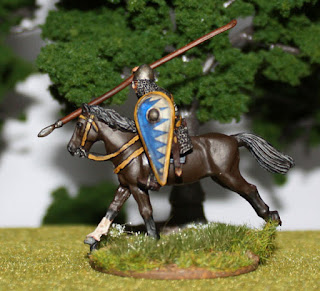 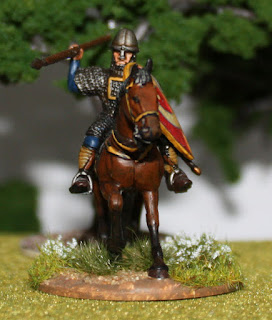 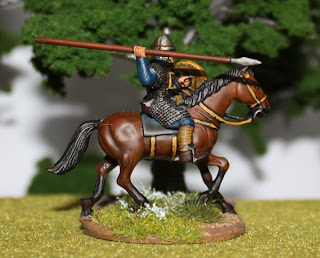 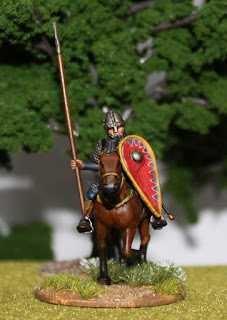 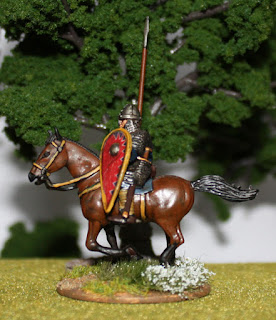 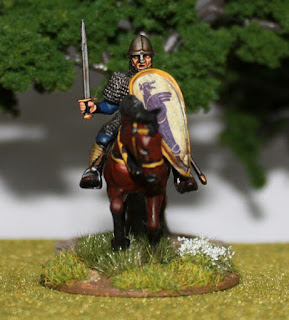 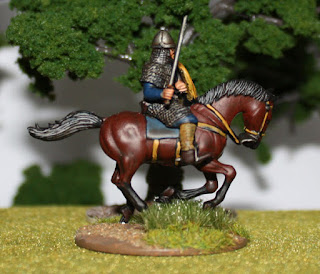 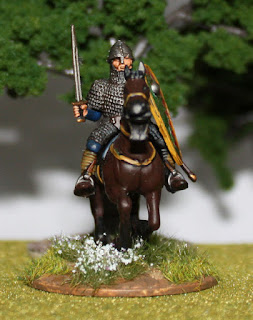 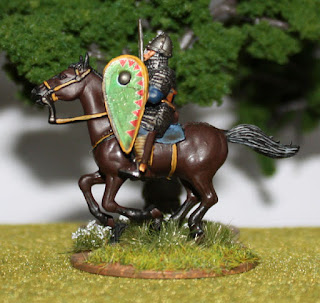 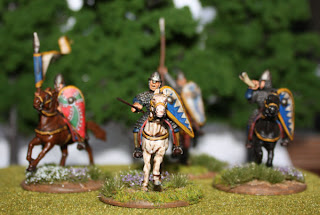 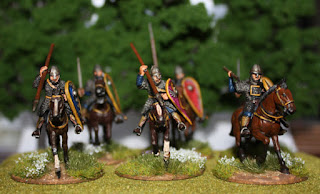 I was thinking of alternative uses for these knights and decided I may use them as French knights. The leader I have named the baron Simon de Cahors - the reason I chose Cahors is because I spent many fine summer holidays down in that part of France when I was younger. I used to stay in a gorgeous chateau in the small village of Le Boulve, so decided that this area should be the prime target for my attention with these Norman knights. I painted the banner and decided upon the baron's shield design before I had done any investigative work on the medieval period for Cahors. Luckily, it turned out that the colours for Cahors are the same blue and white I have used but are presented as a horizontally split banner rather than the zig-zag design I went for - maybe if I get the foot troops sorted I can use the horizontally split design for their shields to tie them all in to a coherent whole?

Just one more conroi to complete next week. Again, they are knights and will be designated as part of a fictitious duke's household ready for crusade. I think my main leader will be the baron as he is a good charcter to build an army around for a variety of rules sets. The duke and a few of his retainers could be cut out from the main army to build the numbers for the baron's troops for when he goes to war against his enemies, and the duke can be reintroduced for larger games.
Posted by Little Odo at 13:54