My Lord of the Rings armies

Now that I have finally got nearly all of my Games Workshop Lord of the Rings figures out of their boxes, cut off their sprues, pulled from their blisters, tidied up and, in many cases, undercoated I will stop and take stock of what I have. There are probably one or two figures that I have missed on the lists, but in the scheme of things those few won't make too much difference to the overall numbers. 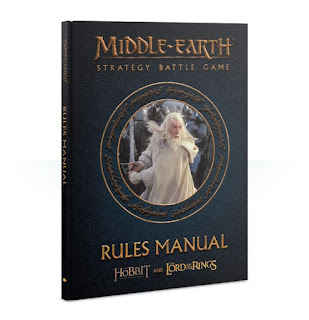 I divided the figures up into several themed factions and put them away - into the Kaiser Rushforth storage boxes I have had lying around for many years - based on those divisions. They seem to go nicely into the storage boxes except for a few oversized miniatures (mounted warriors with banners and upright lances mainly, but also the cave trolls and Shelob) which I will have to think about.

Now that the vast majority are prepped and undercoated, I am hoping to start to put some paint onto them and thereby get them ready for the tabletop. This will take me a lot of courage going forwards as my eyesight for close work has deteriorated quite badly over the last couple of years (especially two years ago with a brown out episode of my sight whilst driving!). As I still need to do a little more prep work with regards filling gaps with putty and completing the undercoating of the rest of the miniatures, it may be a while before I get around to actually painting anything. However, I am hoping that the warmer weather and therefore clearer, brighter days in the coming months will aid me somewhat in my endeavours.

Here is the final tally of numbers of figures I have per faction...

This is quite a shocking number of figures to be honest. Thinking back on the amount of time, effort and money I spent on collecting these, I am wondering whether my efforts could have been spent better elsewhere? Yes, it is my hobby, but whoa, that is a lot! Admittedly I got the majority of these from the DeAgostini monthly (?) Battle Games in Middle Earth magazine and subsequent orders when the run had finished at a knock down price, so saved a pile there. Then I picked up a load of metals and random plastics on the cheap from eBay. There were not too many I actually bought full price from Games Workshop directly, so maybe the cost tally isn't too bad after all?

If I add in the allied fantasy contingents to these factions, then the total number soars by an additional 45 miniatures bringing the tally to well over 900 figures! This does not include all of the other figures (fantasy, historical, sci-fi) I have lying around - possibly another 4/500? Oh well, I will be busy up to and well into my retirement!