The Saga of Solomon Kane

After completing the reading of Kull, I will move onto another of Robert E. Howard's characters; Solomon Kane. I have to admit to never having read any comics or books about this character in the past - I only have the James Purefoy movie version to go from. 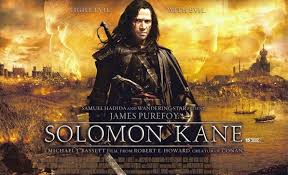 The film was OK but I found it fell into too many typical fantasy tropes and it became too much of a pastiche for my liking. That said, as I have never read anything about the character perhaps that is how he and his world is portrayed? I am looking forward to reading these comics anyway as he is a new character for me to explore.

Like with the Kull comics, I will start off with the original Marvel colour reprints by Dark Horse. These seem to be a good starting point for any major character as Marvel do tend to look after their REH characters quite well; they always seem to gather the best writers and artists to the teams that portray them. 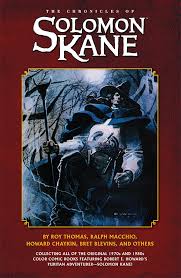 To follow up on the colour stories, I will again go to the black and white Savage Sword equivalents; The Saga of Solomon Kane. It seems that there was only one of these volumes produced (like with the colour Chronicles). Again, it seems that the stories from each volume overlap release date wise, but I am not too fussed as I can't see there being too many continuity issues being raised. 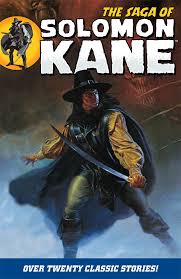 Finally, Dark Horse released a few of their own mini-series which were then collected into TPB format. Like with my Dark Horse Kull collection, I have the comics but not the TPBs. 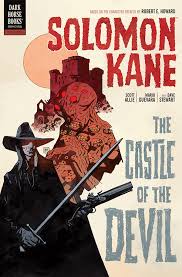 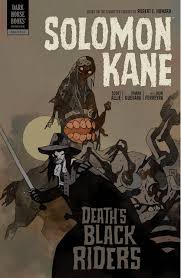 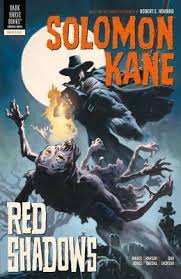 I like the evocative pictures on the covers of these trades. The monsters seem to be very Cthulhuesque and I can't wait to dive in and see how Solomon deals with them. Now, I am usually a medieval/ancients type fantasy gamer, so a more modern setting will be interesting to say the least. I have always capped my gaming at just prior to the black powder era - I didn't like my dwarfs in Warhammer carrying guns. Guns were the great levellers - no hero can stand against guns, whether a barbarian, a knight or, indeed, even a wizard. It will be interesting to see how much of a role guns play in these stories compared to Solomon's foil.

With regards Cthulhu (and the gaming universe of Call of Cthulhu) I was never comfortable with the 1920s setting - it was on one hand too modern for my gaming tastes (the gun thing) but not modern enough to scare me (if the stories were set today, think of the fun that could be had both on the silver screen and on our gaming tables). However, I can see its appeal for a gaming setting as so much happened in the 1920s around the world; between two major world wars, the rise of some nasty ideological political regimes, the explosion of technological advancements (motor cars, dirigibles, aircraft, steam boats etc) and on a more personal/people level we had stock market crashes leading to poverty, alcohol prohibitions leading to turf wars and so on. Actually, an ideal setting for the incursion of chaos into humans' everyday lives - who said that Cthulhu's influence wasn't everywhere? Interesting times.

Anyway, back to Solomon Kane, I think I will chronicle my reading of these tomes like I will attempt with the Kull stories. A brief listing of the stories in each collected book, a list of major writers and artists and a brief adventure hook to spark the imagination for gaming possibilities.

I think I will go back and chronicle the Red Sonja comics I have too, but only to the level I have written about in the main body of this article, i.e. what is available to read and which comics company released them. It would be too much effort to go back now and unbag and rebag each comic to see what the adventure hook was.