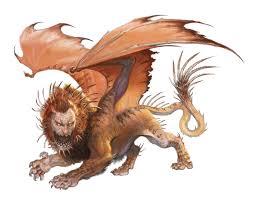 As we began to gather our wits we heard the thumping sound of a great winged beast approach us from the skies above. The manticore that landed offered us greetings from his mistress and relayed that for the return of the witch in the cart and to leave off our investigations we would be granted the fiefdom of Pureforge to use as we wished. We said that we would think about it and signal for the manticore to return once we had made up our minds. It took us next to no time to realise that we would most likely be duped, and even if we weren’t Pureforge had its own horrors to be dealt with. Besides, we all wanted to return to the Prime Material Plane as soon as possible. We signalled for the manticore to return and it flew back to its mistress with our answer.

Just as we were about to return to our journey to the village of Dwine in order to investigate the second possible location for the Dark Lord’s remains who should appear from around a corner but Lord Frak. This time there would be a reckoning between him and Grumbold. As the pair squared up to fight we were simultaneously attacked by a pack of gnolls. Whilst Millie and Grumbold took care of our nemesis, Malfeseus and I laid into the gnolls. Sadly, these were just a small family pack upon whose territory we had infringed, and they were slain for trying to use this opportunity to supplement their diets.

The battle with Lord Frak swayed to and fro, his dark magical abilities kept him alive far longer than would ordinarily be possible. That was until I weighed in with the coup de grace – Magic Missiles. They always seem to hit their target and always at a timely moment.

After putting paid to our nemesis, we continued with our journey towards Dwine. The first evening passed without event, but the nightmares came back. This time I was the only one seriously affected.

The following day’s travel was a drudge but the miles slowly plodded by at a cart’s pace. That night, we camped as usual and hoped for a good night’s rest. Unfortunately, our dear cleric had not got rid of the banshees' jewellery when asked so we had a repeat visit from them this night. If it was not for Grumbold surviving their wails we would have all been slain in our sleep. Luckily, I managed to get some sleep after this encounter and get rid of the weariness from the dreams of the night before.

The following morning, we made sure that the banshees’ items were buried deep and that our esteemed cleric did not return for them. We carried on with our travels and finally reached a small wooded copse. We heard a few wails as if from an infant and then noticed a small cabin there. We decided to approach it in an open and friendly manner.

We were invited in by the yeoman owner on the proviso we were not vampires. We convinced him that we were not. We were offered food and shelter for the night which we gracefully accepted. However, Malfeseus was insistent on finding out about the baby we had heard earlier. Well, it turned out the baby was a zombie and had been so for the last 50 years! The yeoman, who turned out to be a half-elf, hence the longevity, had been looking after his daughter with a confused mind. Grumbold was able to let her spirit free and console the father in his loss. 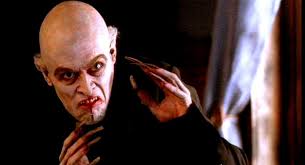 The door to Lord Cambridge’s house was kicked down by Millie but even the few passers-by that witnessed the demolition refused to admonish us fully for the breakage on this day of celebration.

We searched throughout the musty old house but could find nothing of interest until an unlikely trap-door was spotted and the stairway below was descended to reveal a hidden cellar. There were several broken cages with dead birds in them scattered amongst the cartons and boxes, and blood all over the floor with a couple of footprints that passed through it. At the far end of the room a heavily barred door stood ajar with the badly mauled corpse of Lord Cambridge’s nephew lying before it. We quickly put two and two together when it moved. The vampire spawn reached for us but it was very quickly put to a final death.

The room beyond the door contained only a bed but on further investigation we saw that the bed lifted up on hinges to reveal a coffin beneath. Our resident paladin and cleric made sure that the soil contained within was purified so that it could no longer be used by the vampire to rest.

We returned to the carnival, but this time just as observers. The same process of events occurred which we tried to commit to memory in case we could find any clues as to why this day kept repeating. The same bright light emitting figure appeared as carnage broke out and we were once again whisked away to our beds to start the day again with the usual crash of braking glass.

We got out a lot earlier today and headed to Lord Cambridge’s house. Again, we encountered his vampire spawn nephew and disposed of him in the same way as before. We decided on a hunch to see if the vampire was already at the carnival ready to cause havoc. Malfeseus, our elven rogue, secreted himself within the tent and spotted the vampiric form of Lord Cambridge in the tent’s upper reaches amongst the guy ropes and supports. Luckily, he could inform us silently of its presence whereupon I used a couple of my little clockwork trinkets to set fire to the tent from a distance. The tent burnt down (Malfeseus, prewarned, got out safely) and the vampire screamed in agony as the full light of the sun did its work on the unburnt remains.

Just as the tent was razed to the ground, the blinding light reappeared and we awoke again to the sound of crashing glass. Today, though, Malfeseus and Grumbold had an inkling that there might be something untoward at the cemetery; again, based on some rumours that we had heard on our first day here in the village. Their hunch proved correct as we encountered Mr. Uxbridge (the husband of the good wife we first encountered upon entering the village) there stood over the grave of his mother. We asked him a few questions but his answers didn’t seem to ring true to us. Just as he was about to be revealed as a liar by our goodly paladin Grumbold, the bright light appeared and we woke again to the sound of smashing glass.

We repeated this scenario for a couple more days trying to get more information from him, and even had the grave dug up to reveal that there were no contents within! This must have been the last straw for him as he finally came clean and revealed that the grave was that of his beloved wife who died a hundred years ago when the village carnival took a sinister turn. He revealed that he was a time elemental and wanted to relive his wife’s final day as it was the happiest of her life and therefore his. Upon revealing his true identity, he decided to let everything go and the village faded from our vision to be replaced by that of dreary Ravenloft again.

Jahir, the magical item seller appeared from the last dregs of the illusion to say his goodbyes; unbeknown to us he was a genie and he popped off to whatever plane of existence he had come from after saying his farewells! This got us thinking of who else may have returned to Ravenloft with us.

Looking around us we noticed that we were in the same ruined village we were in before we had entered the parallel world. This village, however, was not the illusory village when we compared the ruins to the images still in our minds. Luckily, we spotted our captured witch in the cart and realised from her reaction that we had been gone no more than fractions of a second. A few of the departing words of Mr Uxbridge came back to me as we stood there in the rain – the witch was important.