It has been a long time, but I finally picked up the brushes after a hefty hiatus. I manged to complete a couple of figures, but they still need basing, so it may be another week before they get put up on the blog. The kids however finished off a few that were about 90% done the last time they were touched.

Alex completed the GW LotR Gil-Galad mini. He only had to add a couple of colours and then he was done. He also managed to complete 5 Elf spearmen and 3 Elf archers for his HotT army. I have based them for him, but he needs to do the sanding and flocking himself. Hopefully he will get them finished by next week and start on som emore that are languishing on his paint station. 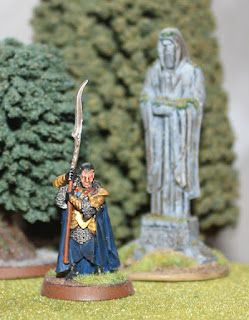 Cerys just had to have hers sprayed with varnish, but she wanted to paint the Queen's base red first. These have been displayed on here previously but were not 100% completed. Her sister, Amelia, also started on her figures (the same ones incidentally) an dgot about half way there with them. Hopefully she can do a little more for next week. 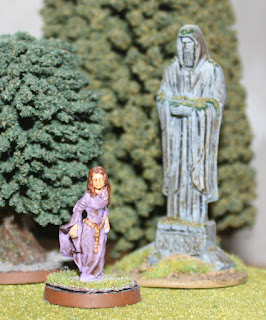 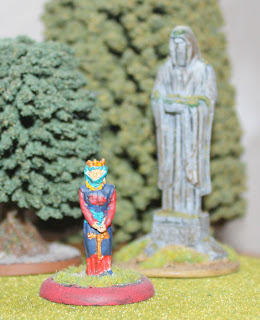 I managed to complete the painting of an old Citadel Night Goblin Wolf Rider and an early Space Marine. They just need basing for completion. I have also 90% finished another half-dozen or so Space Marines and undercoated some old 25mm fantasy and sci-fi stuff . I also managed to put quite a bit of tincture onto 20 or so Norman knights from a variety of manufacturers. Hopefully some of these will be completed by next week, so the blog can tick over a little more and my painted tally look a little more presentable.

Gaming wise I have done very well this year. I have made several visits to Duncan's for some very exciting and fun games of SoBH, and joined the RP Haven in Lewisham for some RPG action. I have played in an Old Skool AD&D campaign that took me through most of the summer and I am now enjoying playing Pathfinder. This is a new game for me, even though I have read the D&D 3.0 rulebooks which gave me some familiarity with the Paizo version. This week I have been slowly reading through the core rulebook to get myself familiar with some of the basic rules of the game. I need to get a feel for the Paizo gameworld, so that may require a bit of web surfing later this week.

Next up should be this week's game session, and hopefully some more brushwork for display next Sunday.